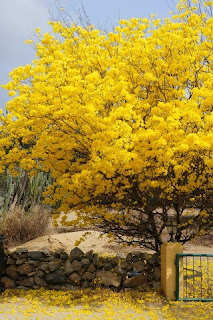 This summer I took a one day Vipassana course with some friends. At the opening of the course, as in all Vipassana courses, one 'takes refuge' and repeats the words "I take refuge in buddha, dharma, and sangha". Over the years I've come to appreciate a deeper meaning from this vow of resting in the qualities of enlightenment, in the law of nature, and in community.

During the weeks after the course, whenever I was prone to anxious thinking, comparing myself to others, feeling anger or unworthiness, I remembered this promise and could tell myself to return to calmness, clarity, emptiness, joy for others' successes and to love. When unwanted thing happened, I remembered all things are ultimately impermanent. I purposefully sought out the company of those who uplift and inspire me.

School begins again on Monday, and I'm keeping this refuge close at hand. Not as a protection or shield, but as a reminder of a way I can be.


“Make of yourself a light”
said the Buddha,
before he died.
I think of this every morning
as the east begins
to tear off its many clouds
of darkness, to send up the first
signal-a white fan
streaked with pink and violet,
even green.
An old man, he lay down
between two sala trees,
and he might have said anything,
knowing it was his final hour.
The light burns upward,
it thickens and settles over the fields.
Around him, the villagers gathered
and stretched forward to listen.
Even before the sun itself
hangs, disattached, in the blue air,
I am touched everywhere
by its ocean of yellow waves.
No doubt he thought of everything
that had happened in his difficult life.
And then I feel the sun itself
as it blazes over the hills,
like a million flowers on fire-
clearly I’m not needed,
yet I feel myself turning
into something of inexplicable value.
Slowly, beneath the branches,
he raised his head.
He looked into the faces of that frightened crowd.

I'd Rather Play Outside said...

So happy to see new posts. Thank you for sharing.