On Friday, our school hosted a family Sing Along and Dinner evening. I have never organized an event like this before, but having grown up in a family where singing and music were an important part of life, I decided to try for it at school as well. We sing songs in the classroom every day. My Montessori trainer considered music one of the activities that should be done EVERY DAY in the classroom. I have heeded her advice.

The children know many songs, so they each got to select one song to sing individually. I was surprised that many of them chose songs that we sung very early on in the year (the traditional and familiar songs like "ABCD's" and "Twinkle Twinkle"). When I first pitched the idea, not every child wanted to sing solo, but as the weeks went on and we practiced informally, they warmed up to it and every child (except one) picked a song. That is how the program was built.

We sent out potluck request forms, so parents signed up to bring different items for the dinner of the Sing Along evening. I encouraged cultural dishes, and our Greek family indeed brought authentic Greek salad. Fantastic.

The week prior to the event, we gave to each parent a CD with all the songs for the Sing Along copied on it so that they could become familiar with the songs we'd sing as well. (We had a plan for them to sing too!)


On the day of the Sing Along, the children organized the tables in the classroom and each one was responsible for setting their family's table. They made a flower arrangement each, and set the tables with table cloths, cutlery, and name tags. At the end of the school day, our classroom was transformed! 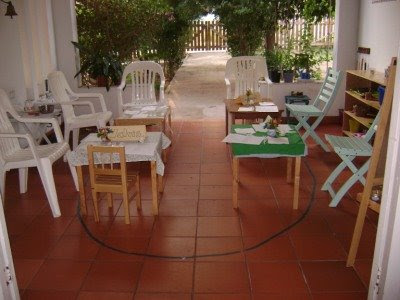 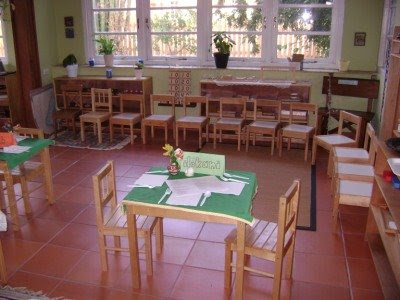 The greatest excitement for the children was that they would get to come back to the school at night! When they arrived, Sayenne and I had decorated the room with lanterns and christmas tree lights and soft Django Reinhart music playing in the background. It looked so cozy and sweet! 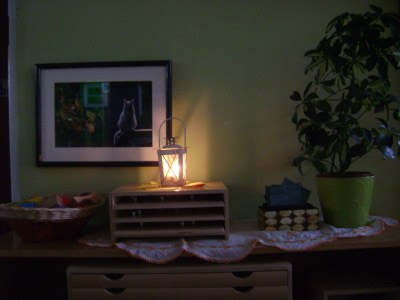 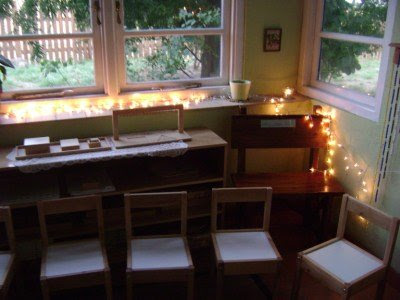 The children sat in chairs lined up on one side of the classroom, and the parents were invited to sit at their tables. One of the parents had volunteered to join me with a guitar, so we had a band of two to accompany the songs. We sang 14 songs, each song was first sung individually by one child, then by all the children, and then by the parents and children. I didn't expect to hear many of the parents singing, but I was delightfully surprised! They all sang with gusto! It was beautiful! 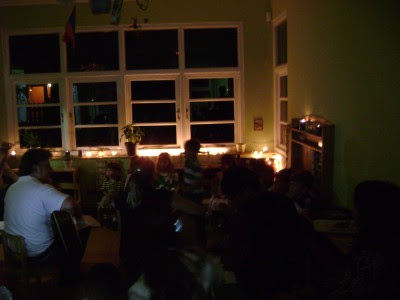 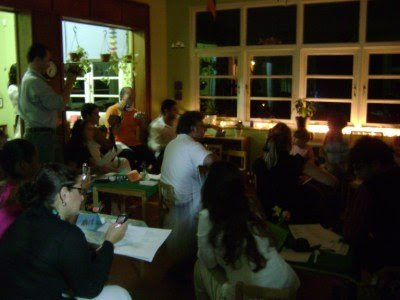 After all the singing, the children lined up in the kitchen and brought out the plates of food for their parents. When everyone was served, we ate. And talked. And laughed. And were happy.

You can download our complete Sing Along program (the lyrics and chords for guitar) in my Box.net files at the bottom right of this page.
at March 22, 2009

What a lovely idea, I can feel the atmosphere. Thank you for sharing the songs and guitar chords.

You are officially my hero. Two of our favorite songs are Mango Fandango and the Continents Song, and until now, I didn't know the chords for the guitar. My children will be very happy. By the way, I have a sneaking suspicion we've had the same trainer, but in different years (obviously). Did you graduate from WMI?

Hi, I wanted to let you know that I found your blog not long ago and I enjoy your posts.

Thanks for your comments! I didn't graduate from WMI though, I graduated from MINW- almost the same. MINW is the AMI training center in Portland. Ginni Sackett was my trainer. I've heard wonderful things about WMI though.